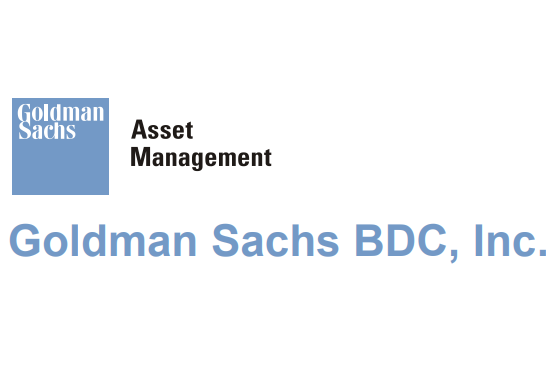 GSBD will likely experience additional selling pressure during the first and second week of July 2021 potentially driving the stock price closer to its ST target of $18.50 and I will send out reminders before the last lock-up expires.

For Q1 2021, GSBD reported slightly above its base-case projections due to higher-than-expected dividend and other income partially offset by lower portfolio growth driving slightly lower interest income. However, leverage (debt-to-equity) declined to a new near-term low giving the company plenty of growth capital for increased earnings potential. GSBD has covered its dividend by an average of 105% over the last 8 quarters growing spillover/undistributed income. Previously, GSAM announced that it will waive a portion of its incentive fee for the four quarters of 2021 (Q1 2021 through and including Q4 2021) for each such quarter in an amount sufficient to ensure that GSBD’s net investment income per weighted average share outstanding for such quarter is at least $0.48 per share.

“The increase quarter-over-quarter was primarily due to the timing of the merger at close in Q4 as well as increased income from GSBD’s historic origination activity during Q4. On a per share basis, GAAP and adjusted net investment income were $0.57 and $0.48 per weighted average share, respectively, as compared to $0.59 and $0.48, respectively, in the fourth quarter of 2020. The per share decrease is the result of an increase in post-merger weighted average shares outstanding.” 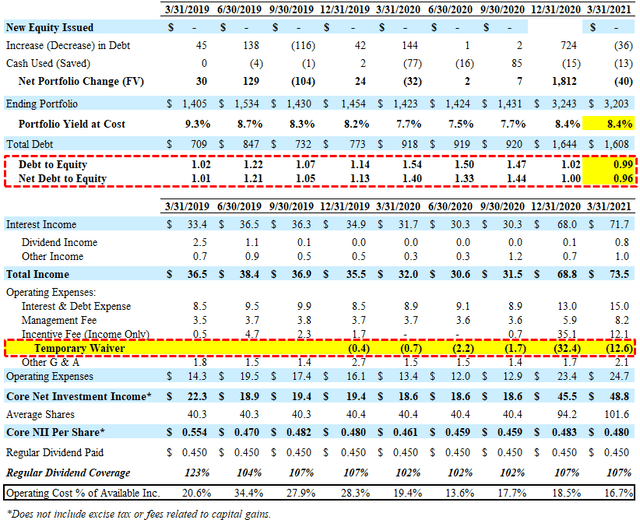 Similar to other BDCs, GSBD has been lowering its borrowing rates as well as constructing a flexible balance sheet including the public offering of $500 million of 2.875% unsecured notes due 2026 (CUSIP: 38147UAD9) in November 2020. Previously, the company issued $360 million of unsecured notes due 2025 at 3.750% (CUSIP: 38147UAC1). As of March 31, 2021, 63% of its borrowings were unsecured with $1.1 billion of availability under its credit facility. Fitch’s reaffirmed GSBD’s investment grade rating of BBB- and revised the outlook to stable.

“At quarter end, 63% of the company’s outstanding borrowings were unsecured debt and $1.1 billion of capacity was available under GSBD’s secured revolving credit facility. Given the current debt position and available capacity, we continue to feel we have ample capacity to fund new investment opportunities with borrowings under our credit facility.” 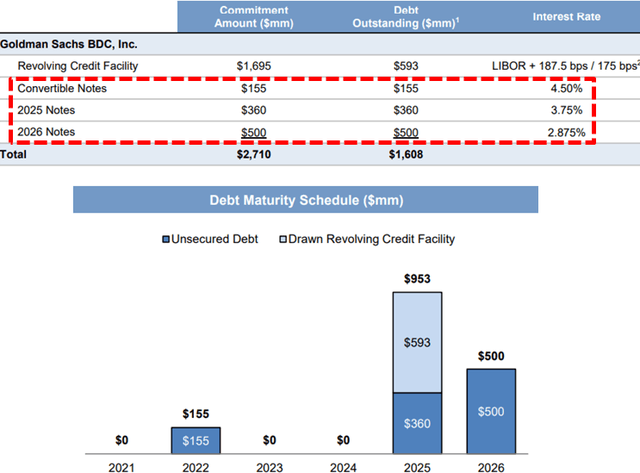 On October 12, 2020, GSBD completed its merger with Goldman Sachs Middle Market Lending (“MMLC”) which doubled the size of the company including significant deleveraging. This deleveraging creates more capacity to deploy capital into today’s attractive investment environment while adding a greater margin of safety to maintain GSBD’s investment-grade credit rating and comply with regulatory and contractual leverage ratio requirements.