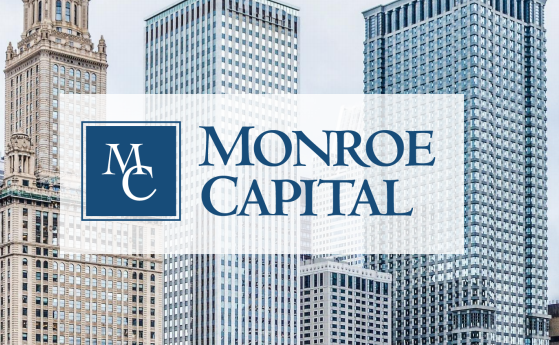 This update discusses Monroe Capital (MRCC) which is considered a higher risk BDC due to previous/potential credit issues, historical realized losses, higher operating expense ratios, the need for higher leverage, and increasing percentage of payment-in-kind (“PIK”) income. MRCC has experienced realized losses of over $30 million (around $1.42 per share) over the last 3 to 4 years driving a 29% reduction in its quarterly dividend (as predicted in previous reports). Also, as discussed later, the total amount of investments considered non-accrual or related as well as on the ‘watch list’ account for over $130 million or 25% of the portfolio with ‘investment performance risk rating’ of 3 to 5 that need to be watched. The total amount of PIK interest income for MRCC increased from 7.9% to 15.9% of total interest income over the last five quarters and could result in a downgrade especially if there is another round of credit issues taken into account with the ‘worst case’ projections. Higher amounts of PIK is typically a sign that portfolio companies are not able to pay interest expense in cash and could imply potential credit issues over the coming quarters.

It is important to point out that many BDCs have been either temporarily waiving fees or have fee agreements that take into account previous capital losses that are ending this year.

The following table shows the average operating cost % for each BDC over the last four quarters as well as the adjusted ratios taking into account all fees without the benefit of temporary fee waivers. It should be noted that NMFC and GLAD also have fee waivers but are mostly permanent and part of the actual fee agreement so I have not adjusted for these BDCs.

As you can see, all of the higher-risk BDCs that I cover have the highest expense ratios including MRCC, PSEC, FSK, and AINV. It is not a coincidence that these BDCs trade at a lower multiple of NAV driving higher yields. There is a good chance that these companies also have higher risk assets to achieve higher portfolio yields to offset their higher fee structures. As shown in the “Total Return Updates Comparing BDCs & REITs” update, AINV and FSK are among the worst-performing BDCs that I cover likely due to previous dividend cuts that were partially driven by their higher fee structures.

There are many factors to take into account when assessing dividend coverage for BDCs including portfolio credit quality, potential portfolio growth using leverage, fee structures including ‘total return hurdles’ taking into account capital losses, changes to portfolio yields, borrowing rates, the amount of non-recurring and non-cash income including payment-in-kind (“PIK”). Most BDCs have around 2% to 8% PIK income and I start to pay close attention once it is over ~5% of interest income.

Higher amounts of PIK is typically a sign that portfolio companies are not able to pay interest expense in cash and could imply potential credit issues over the coming quarters. The total amount of PIK interest income for MRCC increased from 7.9% to 15.9% of total interest income over the last five quarters and could result in an eventual downgrade to ‘Level 3’ or ‘Level 4’ dividend coverage especially if there is another round of credit issues taken into account with the ‘worst case’ projections shown earlier.

Historically, the company has only covered its dividend only due to the ability to use higher leverage through its SBIC license, management willingness to waive incentive fees to ensure dividend coverage, and its ‘total return requirement’ incentive fee structure driving no incentive fees paid previous quarters. MRCC was previously upgraded from ‘Level 4’ to ‘Level 2’ dividend coverage due to the expected quarterly dividend reduction of almost 30% (from $0.35 to $0.25) but also due to additional capital provided from repayment activity during the quarter, including the realization on RockdaleBlackhawk as well as the previous decline in non-accrual investments. On September 2, 2021, MRCC reaffirmed its quarterly distribution of $0.25 per share for the third quarter of 2021.

For Q2 2021, MRCC reported just below its base case projections due to a continued decline in the amount of recurring interest income (now below $11 million per quarter) driving total income to its lowest level since 2017. Same as the previous quarter, net investment income (“NII”) would have been around $0.22 per share without the benefit of fee waivers covering 88% of the quarterly dividend. Also, the amount of non-cash/PIK income continues to increase and now accounts for 16% of interest income as discussed earlier.

Also, MRCC currently has among the highest leverage ratios relative to most BDCs with a debt-to-equity of 1.40 or 1.32 net of cash compared to the average BDC at around 0.90.

Chief Executive Officer Theodore L. Koenig: “We are pleased to report another quarter of strong financial results. During the second quarter, we reported our fifth consecutive quarterly increase in our Net Asset Value. These positive results are consistent with the success we have enjoyed at Monroe Capital LLC over our 18-year history. We continue to cover our dividend with per share Adjusted Net Investment Income and our new deal pipeline remains strong. The M&A market is very active and we are a significant player in providing private credit in the lower middle market. As always, we continue to be focused on the interests of our shareholders and will remain focused on generation of Net Investment Income, preservation of capital and creation of shareholder value.”

Non-accrual investments currently account for $26.5 million or 5.0% of the total portfolio fair value and if completely written off would negatively impact NAV per share by around $1.24 or 11%. However, there are over $130 million or 25% of the portfolio with ‘investment performance risk rating’ of 3 to 5 and needs to be watched.

Q. “Any idea you can give us in terms of when we might start seeing the overall volume of non-accrual start to go down relative to the overall size of the portfolio?”

A. “It’s a great question. It’s one that’s difficult to answer because not all of these are deals that we control, although a lot of them are. And it really has to do with performance. And as we see these deals, many of them mark up, that’s an indication that performance is improving. So we would expect that for some of these deals that are non-accrual status in that group that they would start to be in a position to start to generate accrued interest, either because they turn back on from an accrual standpoint or because they get realized and that capital can be reinvested in new performing assets that accrue. But it’s difficult to give you any real timing guidance on that at this time. But we are seeing, as we said, significant improvements in many of those names. And so we would expect some of those to do one of two things that I described, either start to accrue again or be monetized and be reinvested in accrual assets.”

It should also be noted that MRCC has around 19% of the portfolio with ‘investment performance risk rating 3’ which includes investments “performing below expectations and indicates that the investment’s risk has increased somewhat since origination” and “the issuer may be out of compliance with debt covenants”. This likely includes some of its investments in Apotheco, LuLu’s Fashion Lounge, VPS Holdings, Answers Finance, and Familia Dental Group Holdings, as well as its preferred shares in California Pizza Kitchen that are still on accrual. This has been taken into account with MRCC’s target prices and I will look for signs of improvement.

What Can I Expect Each Week With a Paid Subscription?

Each week we provide a balance between easy to digest general information to make timely trading decisions supported by the detail in the Deep Dive Projection reports (for each BDC) for subscribers that are building larger BDC portfolios.